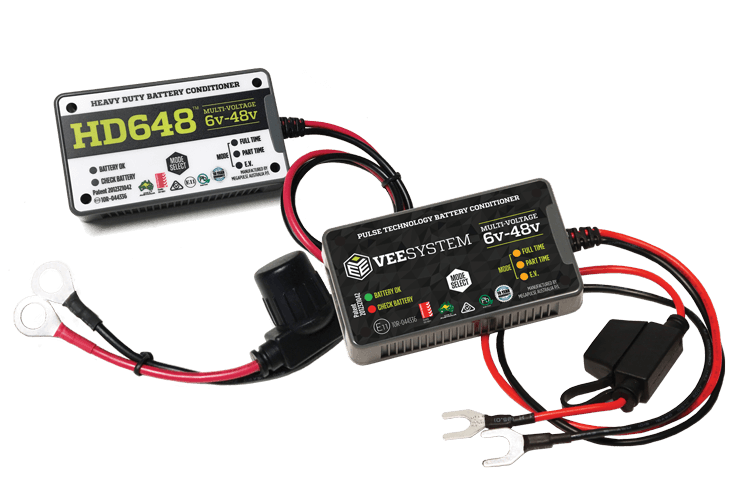 Extends the life of your battery

These battery desulfators employ a Patented Dual Pulse Technology which uses a targeted method of inducing a total of 10,600 pulses per second into the battery. 5300 pulses of current per second are extracted from the battery after which the finely tuned Pulse Wave is created and induced back into the battery  at the same rate of 5300 per second.

This super-efficient dual action targets crystallized inactive material, re-energizing it back into active service leaving the battery in as new condition. The high frequency pulses act as a Pace-Maker for the battery and the electrical system, restoring efficiency and reliability.

The battery desulfators are very efficient using only 10 milliamp of power which it derives from the battery itself therefore does not require external power input. Each unit can condition up to 1500Ah of battery capacity from 6v to 48v, and for larger banks multiple units can be installed in series configuration.